From the very first 4th of July in 1777, fireworks made of black ash were shot off and we have only gotten bigger, brighter, and louder ever since. Test your fireworks knowledge by matching the terms below:

Fireworks are a lot of fun, but they must be used legally and safely. Know the laws in your city and state before lighting up. Additionally, adhere to these guidelines to ensure all have a safe holiday:

On July 4, 1776, the Second Continental Congress formally adopted the United States Declaration of Independence. The American Revolutionary War, which began in 1775, continued until 1783 when the British Empire abandoned their claim to the United States. Like the war, the American flag took many years to become what flies so proudly today. Here are some parts of that journey:

·         During the Second Continental Congress in Philadelphia on June 14, 1777, the following resolution was adopted:

Resolved, that the flag of the United States be thirteen stripes, alternate red and white; that the union be thirteen stars, white in a blue field representing a new constellation.

The resolution was vague on instructions such as how the stars should be arranged and how many points the stars should have. This caused flags to be created differently across the 13 states with some flags scattering the stars without any specific design and others arranging the stars in rows or circles.  The stars were also not consistent as some had six points and others had eight.

·         Elizabeth (Betsy) Ross made flags for over 50 years and is cited as making the first Stars and Stripes although no proof actually exists that hers was the first. Many other patriots created flags for the new Nation as well: Cornelia Bridges and Rebecca Young of Pennsylvania, and John Shaw of Annapolis, Maryland.

·         As new states were added to the Union, a new bill was accepted by President Monroe on April 4, 1818, requiring that the flag of the United States have a union of 20 stars, white on a blue field, and that upon admission of each new State into the Union one star be added to the union of the flag on the fourth of July following its date of admission. The 13 alternating red and white stripes would remain unchanged.

This Fourth of July, we hope you and your family enjoy the many freedoms symbolized by our flag. As you think about your financial freedom, please let us know what we can do to be of assistance. 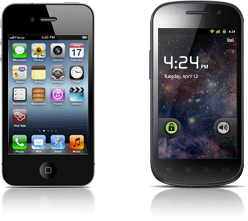 We've built a handy mobile app that allows you to ask us questions on-the-go and to receive helpful notifications from our office.